June/July 2011
What has, after many years of research and reflection, become obvious to my mind, may come as a shock to many, namely, that orthodox professors of theology - not to speak of average Christian believers - have something strikingly fundamental in common with prominent professors and exponents of so-called Holocaust denial.

The latter claim, in brief, that there is no solid evidence to support the widely held view that Hitler ordered the physical extermination of the Jews, their Vernichtung. It simply did not happen! The former claim that there is, unquestionably, sufficient evidence, internal as well as external, to support the widely held belief that Jesus, called Christ, was indeed, a historical person.

It is impossible to argue that Himmler here is a jester or a liar. The truth of his words is supported by an enormous mass of independent documentary evidence, provided, above all, by statements of his own men, members of the SS, the Einsatzgruppen and the Ordnungspolizei etc.

Himmler is not merely speaking of Jews as partisans - as documented e.g. by the Kaunas report of Karl Jäger, 1 December 1941 (see Wette, infra). In this case, deniers - wisely - refrain from attempting to distort Himmler´s own plain words. Having no other option, they simply ignore them, and they are forced to do so in order to uphold their basic (but baseless) thesis that there was no order, no plan, no budget and no mass murder of the Jews etc. Thus, they exclude themselves from the society of honest and open-minded historians. At the same time, some of them complain that their right to "freedom of speech" has been taken from them! The truth is that they are depriving themselves of their own rights.

The works of prominent Holocaust deniers are, to sum up, not only full of distortions and ignorance, but also of ad hominem attacks, tedious repetitions and other kinds of quibble or pilpul. It is no doubt true that the lingua mendax et dolosa of Holocaust denial stands out as a practical problem. The irresponsibility of prominent deniers has caused much public confusion and many a personal tragedy. It is, in the  final analysis, a modern form of sophistry and superstition.

In my view, ignorance and superstition should not merely be ignored or condemned. Nor should it be exploited, as is too often the case. The reasons for ignorance and superstition may be very difficult to spot, but they are there, somewhere, and they have to be identified. Failure to do so is bound to have fatal consequences, sooner or later. It is a sad fact, that incompetent historians have often failed to spot out the errors of the deniers. Deniers should be refuted - not condemned or imprisoned. I see no other way out of dangerous myths and superstitions than the old and narrow path  of higher education and enlightenment. In the long run the old Sanskrit adage still applies: satyam eva jâyate -  Truth will prevail - in the end.

Perhaps, before I conclude, I may quote Wolfgang Curilla, who, in 2011, summarized his own meticulous  investigations concerning the Ordnungspolizei in Poland only:


"Die deutsche Ordnungspolizei wirkte bei der Durchführung des Judenmords in Polen in unvorstellbarem Masse mit. Etwa 30.000 Polizisten waren für den Tod von weit mehr als 2,3 Millionen Menschen jüdischer Herkunft mitverantwortlich."
How can an America professor then claim that "at the end of the war they were still there"? Are we perhaps faced with a modern variant of the legend of the Lord´s Resurrection from the empty tomb?

In my video presentation Hitler's Prophecy , I suggest that a sharp distinction be drawn between, on the one hand, Vernichtung or Endlösung, the German terms, and, on the other hand, the modern term, introduced after the war, Holocaust, an old  Biblical term.

The latter includes many features not present in the former, on which it is based. To some extent, Holocaust is an interpretation and exploitation of the Endlösung. Unlike other cases of mass killings, Holocaust has become a sort of modern secular world religion. This development can be compared to, on the one hand, ancient "holy scriptures", and, on the other, to the world religions and institutions that have developed on that basis.

As in the case of Holocaust denial, deception and ignorance is involved. Of course, one should study, understand and learn from the Vernichtung of the Jews - and many other groups who suffered during and after many wars. And there is certainly much to learn from such studies.

To learn from the past, however, is not at all the same as exploiting the past, for this or that purpose. Holocaust is, so to speak, the commercial version of Endlösung.

Evidence for a Hitler order, for a Himmler order, for mass extermination of Jews, for gas vans and gas chambers, for the removal of the physical evidence of the crimes ("Aktion 1005"), for a refutation of the superficial report of Leuchter, etc. is provided e.g. by the most recent  recent works published mainly by modern German  scholars. 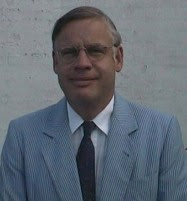